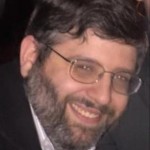 The Knicks continue their playoff push with a game against the Phoenix Suns. I’m attending this one, and I think I have a good chance to see a win tonight. Let’s go! Knicks?

Coming off of a win, the Knicks are really on a huge playoff push now, with the Knicks now 7-11 under new coach Mike Miller. They head to Milwaukee to take on the best regular season team in the NBA. Should be interesting. Let’s go! Knicks?

Berman reports, “The Knicks have paved the way for shot-blocking power forward Kenny Wooten to get some time in the NBA. The Knicks are waiving Ivan Rabb, their two-way contract player, an NBA source confirmed. That will allow the Knicks to now sign Wooten, already a member of the Westchester Knicks, to a two-way deal. Wooten starred at summer league after being undrafted out or Oregon and the Knicks were concerned he was going to sign elsewhere. Rabb was signed right before the season opener to a two-way deal when the Kris Wilkes’ agreement fell apart. Rabb came on recommendation …continue reading

The Knicks continue their playoff push with a Sunday afternoon matchup against the Miami Heat. Let’s hope that the Heat players are just now waking up after partying all night in New York City. Let’s go! Knicks?

2019-20 Game Thread: Knicks vs. A Team With a Lottery Pick Who Scores Even Less Efficiently Than RJ Barrett

As Zion doesn’t score at all. The Knicks head home to keep their playoff push going by hosting the New Orleans Pelicans, but once again without the services of Julius Randle and likely with no Marcus Morris and Dennis Smith Jr., as well. The Pelicans are actually scoring really well lately, but they’re not exactly a great team, so a win would’t be surprising for the Knicks, who are a red-hot 6-10 since Mike Miller took over coaching duties from David Fizdale last month. Let’s go! Knicks?

2019-20 Game Thread: Knicks @ The Team That Missed Out On Both Frank Ntilikina AND Dennis Smith Jr. in the 2017 Draft

The Knicks, now solidly back in the playoff race at 10-27, have cleverly decided to hold tight and not trade any of their players before the deadline. Now, you might be thinking, “Wait, Brian, don’t smart basketball teams often say things like ‘We’re not going to make a move’ in an attempt to increase their leverage so that they could get a better deal when they do make a move?” Yes, that is something that happens with smart basketball teams. Moving on, the Knicks bring their playoff push to Utah tonight to take on the Jazz, who missed out on …continue reading

2019-20 Game Thread: Knicks @ Anthony Davis’ Team Before He Leaves For the Knicks

The Knicks’ road trip continues with a visit to the Lakers, whose star player, Anthony Davis, turned down an extension from the Lakers, so the only remaining possibility is that he plans to sign with the Knicks this offseason, but only if they prove that they care about winning by not trading Marcus Morris. Let’s go! Knicks?