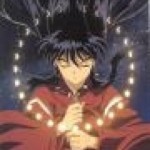 What if…the Knicks trade down for additional picks, stockpile young talent, and embrace a competent rebuilding strategy…for a while anyway.

With the order of the draft being settled, the writers of KnickerBlogger thought we’d go over the possible outcomes. But since we were whipping out the ol’ Crystal Ball, we decided to go a little past June & see what fate possibly has to offer…   2015 Draft Order 1 MIN Karl-Anthony Towns 2 LAL Jahlil Okafor 3 PHI D’Angelo Russell 4 NYK Emmanuel Mudiay (Traded to Atlanta) What Happened on Draft Day 2015 About 45 minutes after the Knicks selected Mudiay, Stephen A. Smith broke the news on Twitter:   And Twitter had fun with it.   Once it …continue reading

New York visits Washington as the season draws to a close.  The Wiz have played down to everyone of late.  The Knicks need to keep losing to hold on to the top draft position. So it should surprise nobody that we could win.

Game Thread: Knicks v. Grizzlies or Grin and Bear it.

Knicks host Grizz in a game most of us forgot was on the schedule.

Knicks @ Nuggets or Up in Smoke

Knicks visit Colorado a state of majestic beauty,  wonderful history, and let’s just say a legislature recommitted to agriculture. Few teams have disappointed fans more than the Nuggets. A team that looked like they were set for solid playoff runs seemed to just have the runs this season.  Coach Shaw was dismissed two weeks ago.  One can only wonder how much more time fellow former Laker turned coach Derek Fisher has. Let’s find out.

New York remains one game ahead of the T-Wolves and the Sixers in the race for worst record in the NBA.  After a very concerning 2 wins in a row, the Knicks returned to form with a wonderful showing against the Kings.  Star point guard Langston Galloway led the team with a -40 in that game.  I’m pretty sure I’ve never seen a number that high…or low I guess. One, two, three…6 weeks to go-new york go new york go!

Knicks v. Raptors or Jurassic of this season

: Uncategorized : Written by Thomas B. :

One of the most endearing players to ever put on a Knicks uniform died of heart failure today. Anthony George Douglas Mason was born on December 14, 1966 and enjoyed a 13 year NBA career with seven teams but he will be best remembered for his run with the Knicks.  Mason was the classic bootstrap success story. Toiling away in Turkey and the CBA before getting a chance with Denver and the Nets. Mason joined the Knicks during the 91-92 season, at the start of Pat Riley’s run as coach.  I was 16 when I first watched him as a …continue reading