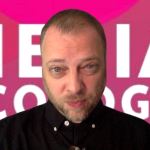 Happy Independence Day to all our American Knickerbuddies out there. Enjoy the festivities, and be safe. To all our non-American Knickerbuddies, happy regular old Monday. A lot has transpired in Knicksdom over the last several weeks. The dominoes began to fall with the Derrick Rose trade a little less than two weeks ago. Rose lobbied his Bulls’ comrade, Joakim Noah, to join him in New York, and Noah turned around to convince free agent SG Courtney Lee to round out the Knicks’ starting five. Of course, there was a lot of drama, hand-wringing, speculation, speculation about speculation, and a bit …continue reading

Afflalo and Williams to opt out: $30+ million in cap space looms

Knicks' Arron Afflalo and Derrick Williams decline options; club could have $30 million in cap space. More here: https://t.co/35cVw67a4W — Ian Begley (@IanBegley) June 21, 2016 This is big news for the Knicks. Afflalo was the source of great frustration for Knicks fans this year, and it’s not at all surprising to see him opt out. He’ll get a raise and a new start. Williams had bright moments for the club, but is easily replaced in his limited bench role. The Knicks can free more space by dealing Kyle O’Quinn and/or Calderon. Calderon could also be stretched to free up …continue reading

Knicks Notes: Thoughts from the Outside of the Playoffs

A lot of energy converged around the Knicks coaching situation after the season mercifully came to a close. Phil Jackson set up the news cycle with a typically cryptic style of communication, when he was communicating at all. It strikes me that a generation ago, there would have been little controversy about the way Jackson conducted his early offseason, between his travels and his choices in interviewing (or not interviewing) various coaches. The fact is, we wouldn’t have known a tenth of what we know today and the intensity of the deliberation would have been muted by virtue of local …continue reading

Like many of you, I’ve purchased an item or two from the Knicks online store. I have Porzingis t-shirts for the whole family. Making purchases like that puts you on the Knicks e-mail list, which is completely acceptable to me. I dislike being on e-mail lists, but for the Knicks I’ll make an exception. This morning, in my inbox, a head shaker of an e-mail promotion arrived. Take a look: I get that this sort of thing is part of the NBA rotation. The draft comes, every team develops a hat. They sell the hats. There’s really no connection to …continue reading

From the Wojmeister: Sources on @TheVertical: Jeff Hornacek signing three-year deal as New York Knicks coach. News conference this week. https://t.co/7yo9DtT2rn — Adrian Wojnarowski (@WojVerticalNBA) June 1, 2016 At last, the long wait is over. A lot of Knicks fans were feeling the classical conditioning of years of franchise-level trauma. Until Hornacek was at the small table putting his name on paper, it was still “Kurt Rambis remains the front runner” in the breeze. More details are sure to emerge soon, and we’ll all now breathlessly await the press conference where the subjects of guards, pace, free agency, Triangles, Morris …continue reading

According to Howard Beck, the coaching process is coming to and end, and in a most surprising way. More to come….. Breaking: Knicks will hire Jeff Hornacek as head coach, per NBA source. — Howard Beck (@HowardBeck) May 18, 2016 Update (7:55pm):   On Hornacek-Knicks: It’s “as close as humanly possible,” per source, tho not official. Deal is expected soon, barring any unforeseen snags. — Howard Beck (@HowardBeck) May 18, 2016 Update (8:20pm):   There’s no deal in place with Hornacek, according to a source. Negotiations are in very, very early stages. There’s mutual interest. — Marc Berman (@NYPost_Berman) May …continue reading

Whiteness and the Knicks Beat

A funny thing happened just now. I was holding a piece of writing I did this morning to avoid stepping on Mike Kurylo’s excellent post about the Liberty and Isiah Thomas, and I stumbled across a great interview with the Wall Street Journal’s Chris Herring. During the interview, Herring was asked about diversity in sports writing, and had this to say: There aren’t nearly enough women covering the NBA; especially if you look past the ones who serve as sideline reporters. It feels like there are more people of color who write about the NBA than in other sports, and …continue reading