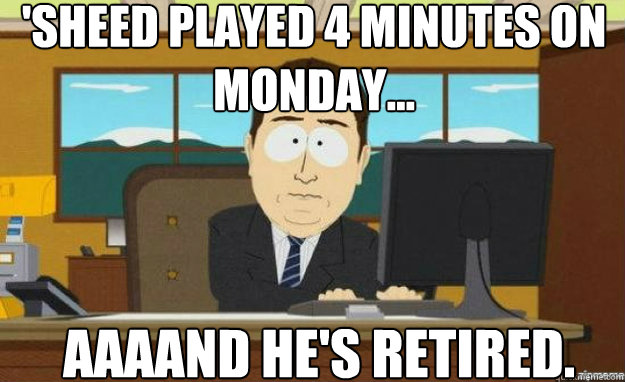 From the Straight Shot Crew:

“Rasheed has given this team everything he had,” Head Coach Mike Woodson said. “He is a winner, true professional and leader on and off the court. Due to his injury, he will not be available to play for us during the playoffs. We owe this season’s success to veterans like Rasheed.”