The chorus played in my head as the 4th quarter unraveled tonight. The Knicks had a terrible start to every quarter in this game, but they played us for fools by closing each of the first three quarters on runs to keep the game at a manageable distance. Every time I wanted to turn away, I had to turn back, because an improbable shot would go in, a shaky Miami possession would follow, and suddenly the Knicks would be back to within 5 or 6. But they didn’t end the 4th with another end-of-quarter run, and instead slowly dissipated into the New York night. The offense was about as structured as a 2nd grader’s science project tonight, often resembling a hung-over group of guys playing pick-up basketball with each other for the first time. Mid-range jumpshot after mid-range jumpshot rained down upon the rims of MSG, and most of them clanged away into Miami possessions. What a difficult game to watch.

The tragedy is that the defense played pretty well throughout most of the game before finally folding under the collective weight of the offense’s ineptitude at the end. It was like watching a Denver Broncos game on the basketball court, except without the happy ending. This would have been the third time this season that the Heat held the Knicks under 80 points if not for a few late shots to get the total over the threshold of mediocrity. Granted, the Heat have one of the NBA’s best defenses, but New York barely challenged them in their offensive sets. We ridiculed Fisher for his lack of offensive imagination, and so we are forced to do the same for Rambis. Whatever the coaching strategy is for this team going forward, I have to believe this team is looking somewhere I’m not even seeing right now. Tom Thibodeau and Scott Brooks have come up a lot in media reports, but some part of me thinks this is all part of Phil’s plan to come down from the front office and take the bench after the roster is reconfigured this summer into something closer to what he envisioned when he took the job.

Speaking of coaching strategy, what the hell was the plan with Kristaps in the 2nd half? He is taken out a couple minutes into the 3rd, put back in for a few minutes towards the end of the quarter when the run was made to get it back to 4, and then is barely seen again for the duration of the 4th. It was mind boggling to watch, and I know most of us were thinking the same thing as far as that decision goes. Sure, Taps was going to have trouble guarding the Heat’s small lineups, but isn’t there a good reason to put him out there at the 5 instead of Lopez and see what happens? It was frustrating to watch the 4th quarter unfold with Porzingis sitting on the bench presumably wondering the same thing all of us were.

It’s not like this is a particularly deflating loss, since the Knicks have already played themselves out of any realistic chance at the postseason, but the team looked flat on offense throughout the entire game. It reminded me of when pick & roll seemed like a forbidden phrase for the team in December, as they seemed to just spread the floor and ISO with different players taking turns at trying to penetrate the paint (which was packed all night long) and taking contested jumpshots. The best shots the Knicks were able to produce were usually when a double-team was created by dribble penetration and the ball was kicked out to an open shooter, but many of those open shots were missed tonight. The Knicks simply don’t have many great shooters on the team, specifically from the mid-range they stubbornly kept trying to score from. Calderon had an off night, which hurt the offense more than probably anything else because the spacing was ruined by his inability to hit open shots, but he wasn’t alone. Lance Thomas was the only Knick who seemed capable of making catch-and-shoot opportunities throughout the game.

Portland comes to MSG in a few days, and those boys are on a roll, and are a guard-oriented team. Gonna be a rough one, I think, but this team needs to better execute their offensive sets, particularly how to set an effective screen at the right angle, and to improve their spacing and shot-making opportunities. There were a lot of missed open shots tonight, but just as many missed opportunities to create open shots by simply holding a screen for an extra half-second or making the right pass without hesitation.

We still have 21 games to go, and hopefully the Knicks don’t shoot 37% and get outrebounded by 15 in too many of those, because it makes for a miserable viewing experience. At risk of being Fishered, I’m going to go ahead and say the playoffs are a dead dream, but still, there is something to be gained from the final stretch. They should try and get to 35 wins and let the young players get more time instead of blindly favoring veterans who have no effect on the future of the team. Just my two cents, but hey, it seems logical at this point. No draft picks, no trade deadline changes, an interim coach… This team feels like a placeholder, the professional sports franchise equivalent of a bookmark—something inserted into a paused frame until something better happens later. I’m anxious to see what that is, but before that, the process needs to play out, and the team can’t lose sight of the rest of this season just because the results aren’t meaningful to their playoff aspirations of a couple months ago. Growth is more often experienced through pain than joy, so to the Knicks, I say: 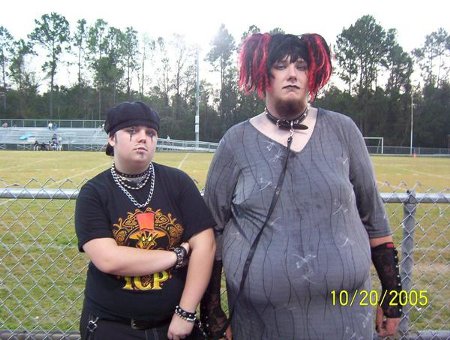