Thus begins Bill Murray’s morning in Groundhog Day when his alarm clock goes off at the Ungodly hour of 6 AM. It being Groundhog Day it seems to fit my new morning routine because we got the bright idea to adopt a puppy. He’s cute, sure. But when they tell you training a new puppy is stressful and takes a lot of work, they are underselling it. It’s a recurring nightmare of reinforcing behaviors that begins every day at 6 AM, with minor improvements each day, just like in the iconic movie named after the Holiday nobody actually celebrates but is legally today.

The song’s lyrics also strike me as metaphorically inspirational to the Knicks before they host the Celtics at MSG tonight. Over the last six games, the Knicks and Celtics have been mirror images of each other. The Celtics are 5-1, losing the second game of a home-and-home to the Magic, and collecting wins over Orlando, Denver, Washington, Philadelphia and Chicago. Not exactly murderer’s row, though the win over the Bulls can’t be disregarded. The Knicks, in contrast, have gone 1-5 in their last six games, their lone win coming against the Suns, and their losses coming against Golden State, Oklahoma City, Toronto, the Clippers and the Hornets. The Hornets loss, like the Celtics win against the Bulls, can’t be disregarded. But that’s a rough stretch of games for the Knicks. This is a classic example of how scheduling can affect mid-season streaks. If you heard the Celtics had won 5 of 6 and the Knicks had lost 5 of 6 and knew nothing else, you could safely assume the Celtics were playing much better basketball. But in fact, the Celtics are benefiting from playing a soft set of games against sub-.500 teams, and four of those Knicks’ losses are to 4 of the top 6 teams in the league. The NBA schedule, man. The brutal stretches can make it seem like Armageddon and the soft ones can make your team look like a juggernaut. So we’ve always got to keep perspective of the schedule when looking at narratives in NBA reporting.

The Knicks and Celtics are also almost identical mirror images of each other in record, with the Celtics coming into the game at 27-22 and the Knicks at 23-27. This puts the Celtics a half game out of the 3 seed, and the Knicks three games out of the 8 spot. The Knicks have been treating the playoff hunt like a hipster does cultural norms, living on the fringes and remaining just out of distance for the last two months. They’ve risen to .500 and come agonizingly close to the 8 seed, only to lose a few games and end up right where they started. It’s like the same cycle keeps repeating itself… kinda like Bill Murray’s purgatory in Groundhog Day. 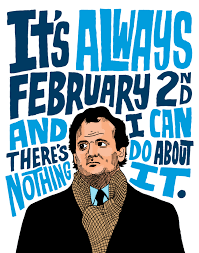 The last time these two teams played was three weeks ago, and the Knicks won 120-114 behind points from Kristaps. He shot a season-high nine 3-pointers in that game, a statistical oddity when you look at box scores as often as I do, and I didn’t get to watch that game so I’m not sure exactly why he was launching so many that night. The Celtics have several slow bigs in their rotation like Jared Sullinger and Kelly Olynyk, so I’m assuming drawing them out to the perimeter with Taps was by design, and maybe more of that will prove effective against the Celtics tonight.

And as much as I like to heap praise on Kristaps, the rest of the Knicks played very well that night against Boston, with 5 other Knicks scoring in double figures and all contributing a positive +/- rating in the game. The term “team win” is on the Mount Rushmore of sports cliches, right up there with “gave it 100%”, “at the end of the day” and “I’m just here so I don’t get fined.” But that game was a team win as evidenced by every statistical measure, and that’s the kind of team the Knicks are capable of being when they’re rolling and their confidence is up. There’s certainly enough talent on this roster to beat the Celtics tonight, but it can be tough to come into a game with confidence after playing Golden State. The Warriors crush hope as effectively as the Manitowoc County Sheriff’s Office, and teams tend to play poorly the game after playing the Warriors. I think so much energy goes into a game against the Warriors that it can be a bit disheartening to see them outclass you the way that they can. Some teams can take a beating from the Warriors and see how high the bar is raised and want to get there, and others can take the same beating, see where that same bar is, and decide that getting to that bar is impossible.

I don’t think the league is conceding the season, certainly not San Antonio, or the organization stinking of desperation like a balding middle-aged man at a college bar bargaining with a drunk girl to “get her home safe” at last call, the Cavaliers. But the drubbings they both have taken from the Warriors look the same as every other beat-down the Dubs have inflicted on the league. The 2015-16 Warriors are like that kid who matures bizarrely fast and is 6 feet tall and filled out in 5th grade; there are just no realistic rivals until everybody else catches up.

Man, I love gushing about the Warriors. Tough not to right now because they’re on my mind, I’m seeing them play the Wizards in DC tomorrow night with some buddies, so I finally get to see this team live. Don’t let me down Steph, you only scored 13 the other night against the Knicks and I didn’t pay an exorbitant price for this mediocre ticket to see you not hit some 30 foot 3’s like they’re free throws!

Anyways, the Knicks have some schedule relief coming up, and it would be good to get back to winning, just for their confidence and continued belief in this season before the All-Star Break, with a W against the Celtics tonight. Also, one of my best friends is a Celtics fan, and him and his punk ass dog Vino can go fuck themselves for cheering against the Knicks tonight. You guys threw Paul Pierce away like a moldy loaf of bread and you should be ashamed of your Leprechaun agenda-pushing franchise! 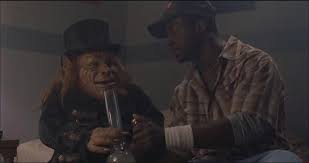 That’s the message the Celtics want to give to young people?

I’d rather support a franchise with a little class. Go Knicks!